August 30, 2012
Let me take you back about a year ago. I awoke early one morning to a rattling and clanking sound. Certain that I had a mouse in a trap somewhere (living on the farm I deal with quite a few mice) I checked the usual traps, but couldn't find anything. Then, following the sound I found the little culprit stuck in my recessed light in my bathroom.

I was six or seven months prego with baby number two and didn't wish to climb up on a chair to try and solve the problem by myself. My husband was away at work and after a frantic phone call to my brother-in-law, help had arrived.

Problem is, when he pulled the glass out, that little mouse moused dropped straight down and the person who was suppose to be holding a bag to catch it (me), ran off screaming. The mouse got away and the glass slipped out of my brother-in-laws hero's hands and shattered on the floor.

So long story short, I have been staring at this, every time I use my bathroom. 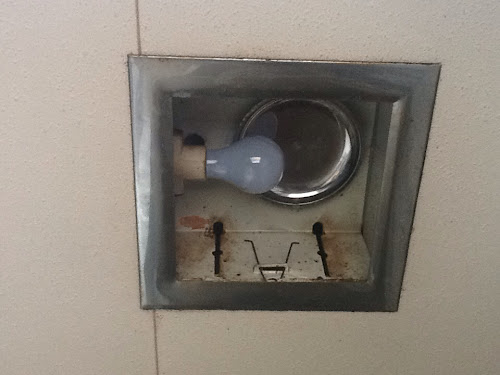 Pretty bad, isn't it? So I had a stroke of genius while helping the hubby put a metal screen on his silage cutter. I would cut a piece of screen to fit the hole where the glass use to be! Caged lighting is in right now and this would play off the other fixtures in the room. 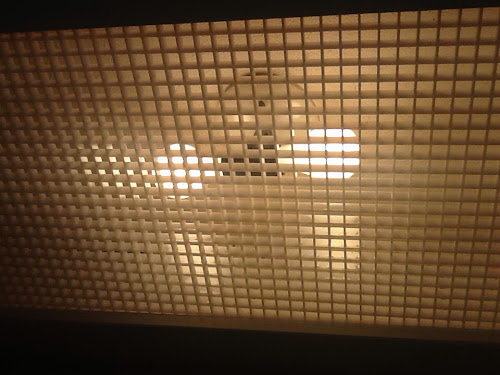 Brilliant right? So here's what I used, tin snips, metal screen and the ruler edge of my level. 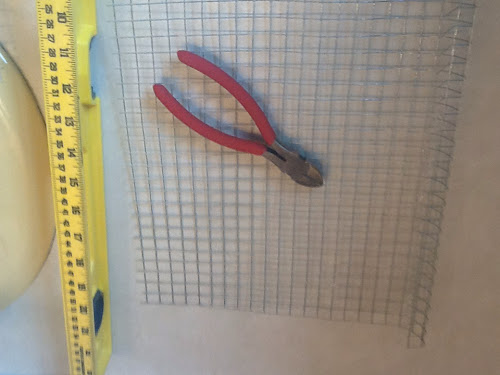 I measured it up and cut it to size. 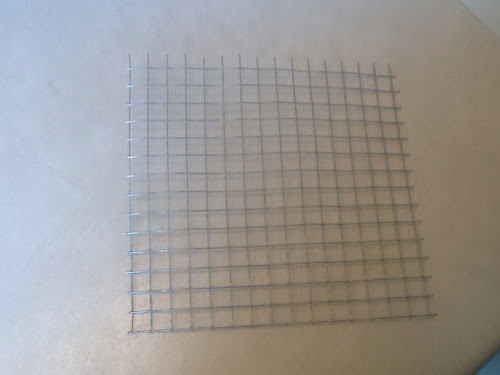 Presto! I was in business. At this point I was so excited. It was going to look awesome. And... Tada! 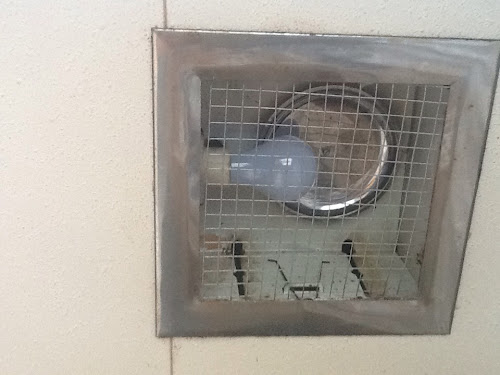 It really didn't work. In fact this picture looks better than it did in person. In reality it looked like something out of 'One Flew Over the Cuckoos Nest.' Not quite what I was going for. I even tried cutting a second piece, hoping the layered look would be better. 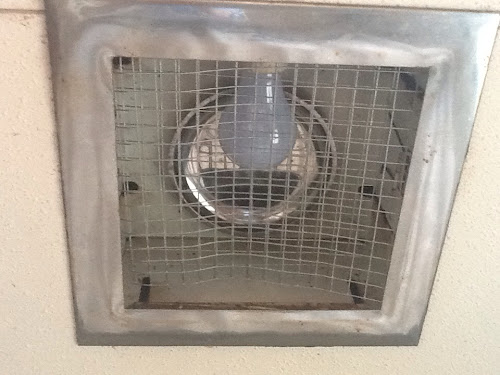 No dice. So while I was up there I tried out the the fan cover, which actually worked really well, except that then I was left with this... 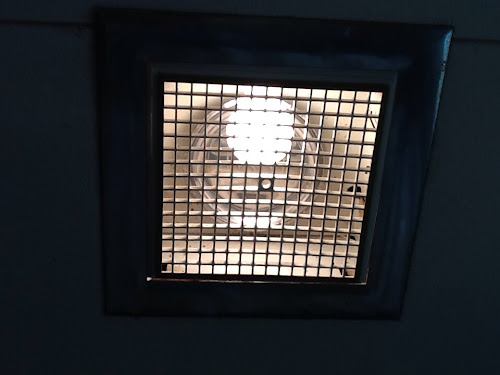 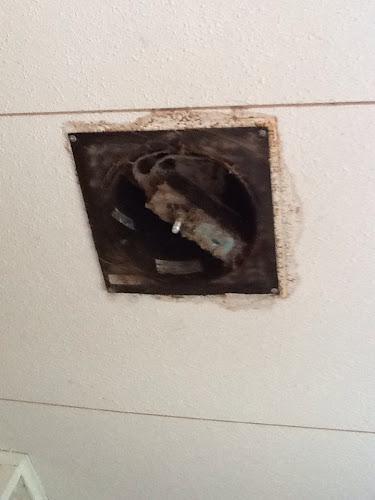 So here we are, back where I started, except that I did clean the fan screen, it was pretty dirty. 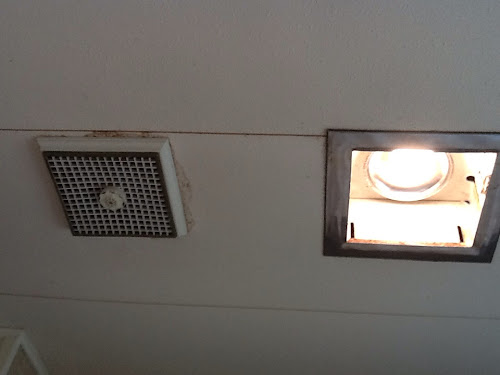 As you can see there is water damage around the fan that needs to be taken care of, so there's more than one project here.

I wish I could end on a positive note, but no go today. I did all I could while the girls were napping. The light will remain naked till another day. Think I can pass it off as industrial/minimalist? :)