October 05, 2012
I made a really fun, fairly simple finger paint recipe from Trish Kuffner's toddler book recently. My three year old was driving me crazy and was underfoot. She had seen a commercial for finger paints and decided we should have some too. I opened up Kuffner's book, and tada... She had several recipes for finger paints.

So here's how it looked going through the process. 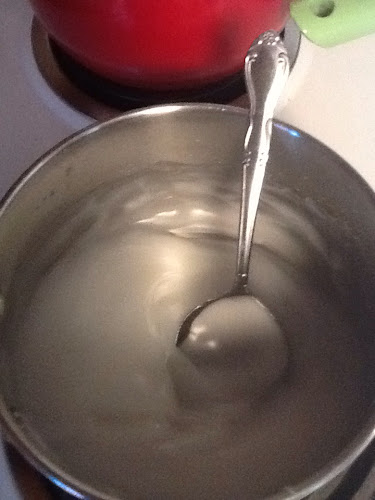 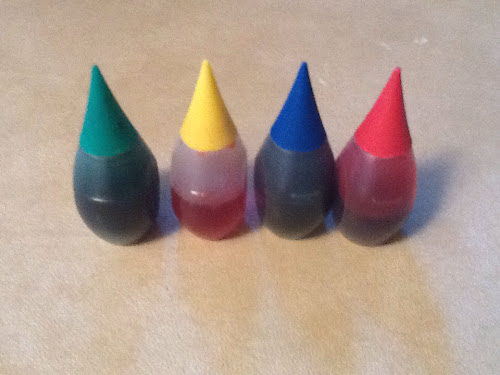 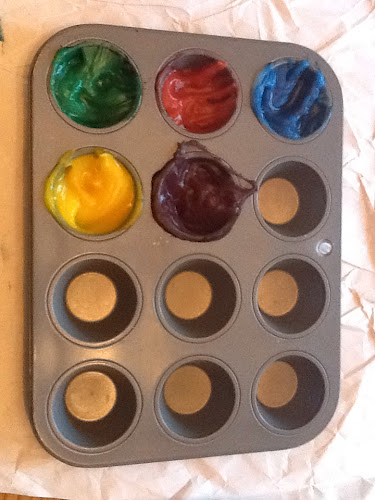 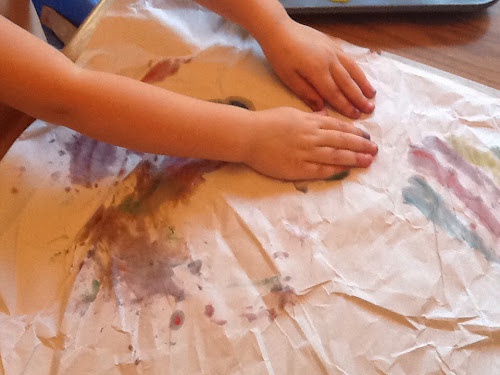 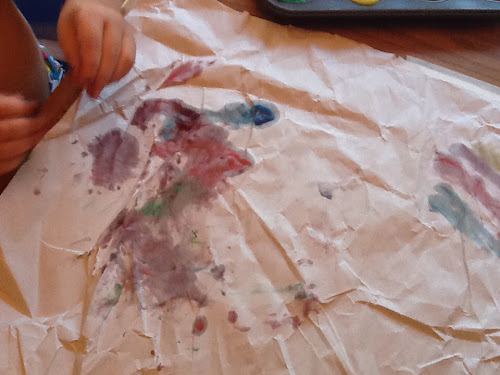 Overall it was pretty straight forward. It takes about ten minutes of stirring for the cornstarch and water mixture to come together. Just stick with it, it will come together! I was a bit nervous that because I was using food dye, it would stain little fingers, but it doesn't. I don't know if its the drop of dish soap that makes the difference, but it washed right off the skin. I just stripped my little one down and let her have at it, so I can't say if it comes out of clothes or not. :)

I did as the book suggested and put little dollops of the uncolored mix in mini muffin tins and then individually mixed the colors. It makes a really big batch, it could probably be easily halved.

Mix sugar and cornstarch in saucepan. Turn heat on low, add cold water, and stir until mixture thickens. Remove from heat. Divide into four or five portions, spooning into muffin tins or small cups. Add a few drops of food coloring and pinch of soap flakes or a drop of liquid dish washing detergent to each portion. Stir and let cool before use. Store covered. Trisha Kuffner- The Toddler's Busy Book

I did try saving the uncolored mixture in a glass jar with a lid. I then mixed in the color another day. It mixed up ok, but was a bit more lumpy than the original.

So the next rainy/snowy/kids driving you crazy day, bust out this recipe. My little one really enjoyed it!

Have you tried any homemade paints or other fun kids crafts? Let me know, it'd be wonderful to hear from you!