I have a secret to tell you. When I was younger and childless I would get into a crumb filled, toy stuffed car of some Mother I knew and I would cringe (inwardly of course!).

They would apologize about the mess and I would be all like,"It's no big deal. It's totally ok." But on the inside I was like, " Man when I'm a Mom my car soooo won't look like this."

Yesterday I cleaned out my car.

What I found was scary.

I realized how incredibly, undeniably wrong I was.

I pulled out wads of wrappers and goldfish crackers, and raisins and pages of coloring books, and toys, upon toys, upon toys, and books. When I pulled a melted candy bar from under a car seat, I was so relieved to realize it wasn't poo that I nearly wept with joy.

And the worst part of all of this is that I had NO IDEA how bad it had gotten. I have apparently become one of those crazy hoarders who has no clue the filth that they are living in.

I knew the car had become a slight bit messy, and so I apologized to people when they got in the car.

Yesterday, with every layer of grime and dirt I scraped off of seats and the floor, I cringed.

And so, to every Mother I secretly judged, I am putting myself out there with all of my dirty laundry to say, "You Mom's were rocking it and I can only hope to rise to your level of messy!"

On another note, I am going to deep clean my house today for fear that my home has fallen under the same shroud of disaster. Or maybe I'll just sit here on the couch eating my birthday bag of chocolate covered raisins... 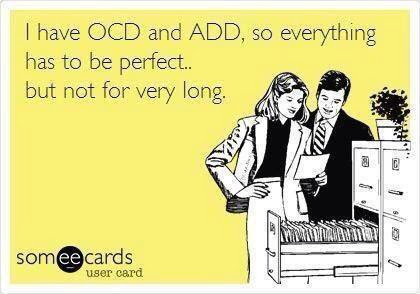