Today was a big day!

We went from this... 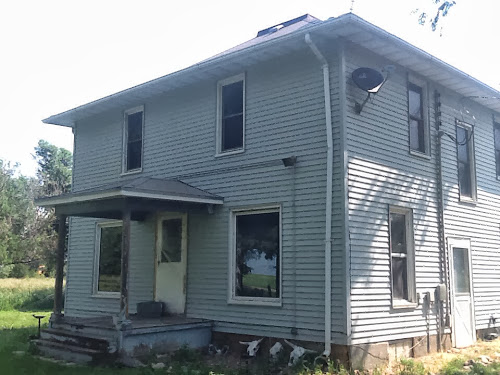 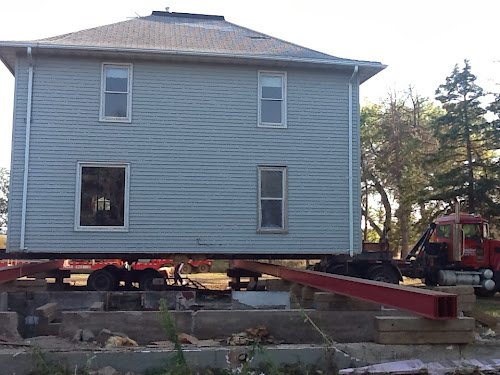 Seriously, just looking at this picture makes me want to cry.
It was incredibly overwhelming to see that beautiful piece of history rolling off the foundation.
The company that I hired was incredible and they did a phenomenal job, but just watching was hard for me.
I snapped a million photos with my camera and took a video when they rolled it off the old foundation. I will try to post those later, but for now, since it is late and I am exhausted, you get iPad photos! 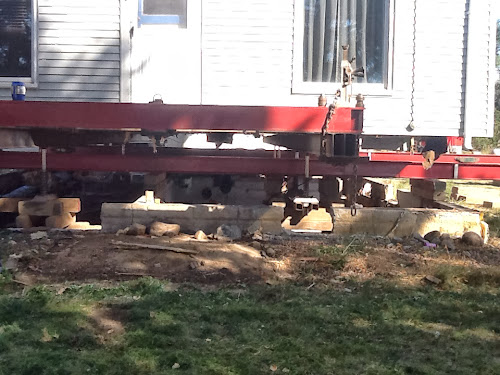 This is a close up of when the beams were under it.
I don't know if I can truly express how intense it was to see the old house moving onto the equipment.
The moving company was great. They are a family run operation and I really enjoyed talking with the first generation of the company. He has been moving homes for nearly fifty-eight years and I felt a million times better knowing he was watching over the project!
There wasn't a lot for me to do today, but one point, there was an excavator from another company in the way, so I called to see if I could move it and they said yes. I drive machinery all the time on the farm but I have definitely never drove an excavator before. I got in and looked over all the levers and thankfully they were really simple. I lifted the bucket and then drove it forward while the house mover lifted a power line so I could get under it.
It may have been the highlight of my day. :) I totally owned that excavator at two miles an hour and moved it a hundred yards, so I am practically an expert now!
I also had to call in a favor to a friend to get some trees removed in the knick of time. But everything went as smooth as possible and we are another day closer to being done with the move.
The house will sit for tonight on the equipment, and the movers will be back in the morning. Then we will drive it a little over a mile to our place!
I will let you know how tomorrow goes. Please wish me luck, once tomorrow is over, I will feel so much better!
Have a beautiful, relaxing evening!